With Match Point, we've been careful to build an aesthetic that tugs retro heartstrings without drowning in convention or losing the comfy amenities of modern design sensibilities. It's been an interesting dance of iteration, moving between generated vectors and sprites, flats and gradients, jagged bitmap and smooth fonts, borrowed and new vocabulary, and of course, blips and blops (these terms are too technical to get into here). For all its seeming simplicity, it's taken a lot of effort to get right.

In the cinema world, film editors weave together atmosphere and even create story elements by following or intentionally breaking rules of continuity. The idea is that time, sound, and visuals all interact in subtle ways the untrained eye (and ear) may not pick up. Editing is often called the invisible art because of how much care goes into sucking the viewer into the film without drawing attention to the mechanics of the medium. Things like abrupt jump shots or disjointed sound transitions or mismatched mood lighting remind people none of what they're seeing is real and pulls them out of the facade.

Games are a lot like film in this way, relying on harmonious sensory input in creating unique footprints on the brain. As games evolve, they pick up much of the complexity the cinematic world has been refining for decades. While Match Point is obviously not aimed at realism or storytelling, many of the filmic principles of sensory experience still hold. We've been working on the visuals and smooth controls all along this way, but we've also recently started focusing more on another of those threads of continuity...

The realm of sound is perhaps one of the most underappreciated aspects of game feel. (Arguments seem to be mostly about graphics versus gameplay.) What we hear may often take a backseat to what we see, but sometimes the finesse of an audio nut is just the color needed to make a scene pop. It ties the knot. Closes the deal.

So we're playing around with some music and sounds. 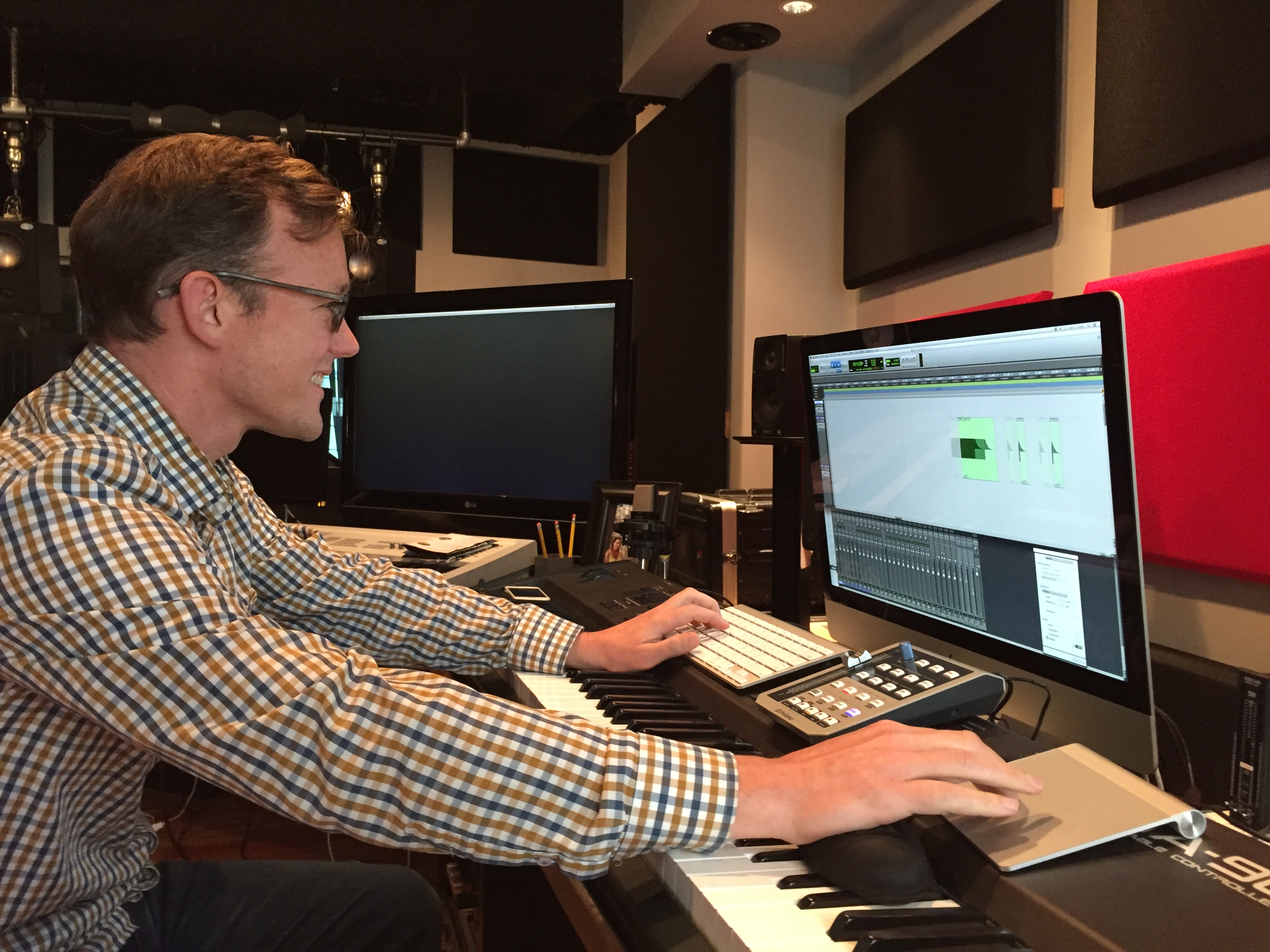 We recently visited Jon Brennan at his sound studio in downtown Cincy to talk shop. Jon's been spinning up some instrument patches based on the games hardware of old. We walked through some recognizable '80s and '90s soundbites and broke them down into sawtooth, sine, and square waves. It was pretty fun to discover how imaginative the first game composers were with extremely limited sound hardware. Pitch bends, sped-up arpeggios, well-timed bursts of random noise, and quickly alternating notes on the same channel were some of the unexpected tricks that gave classic game soundtracks their rich textures.

If you've ever futzed with piezoelectric transducer discs (they often come in kids' electronics kits), you know how unpleasant their default tone is when a simple voltage is passed through them. But that's a pretty good approximation of  Atari and Nintendo consoles' basic sound mechanism. Electronic music is built upon the precise, even waveforms that goopy larynges and warped wooden sound boxes and stretched catgut strings don't often make. For some reason, that mathematical regularity can make them grating in the wrong hands. It took some ingenuity to get such art out of coarse ingredients, especially considering the labor-intensive programming involved with old sound chips. Some kind of brilliant.

Jon's working on integrating these old tricks with modern instrumentation and hardware oomph to find just the right balance. But it's not just the tonal quality we looked at—we're also playing around with time.

Music is a beauty that can only exist because of time. Unlike a painting or a sculpture, fixed this second and the next, music is an art whose experience continually evolves by necessity. As you know, the passage of time can fluctuate wildly depending on physical frame of reference and also state of mind, yet music continues to be oddly static in most games. Slap a track in there and stick with it until it reaches the end and loops. Rinse and repeat. There are certainly some nods to time in games, like an increased tempo as a time limit approaches or the last lap in kart racing rolls around, but there's a lot more fun to be had in this space.

We're hoping to come up with a dynamic soundtrack that keeps up with the action in a Match Point bout. Just as the name focuses on the building intensity of a match point, we think the sound should keep pace (i.e. continuity) with the visuals and the energy of the play, flowing smoothly as a primary voice instead of just an echo. Aural harmony not only notewise, but also with the other senses.

It's a lofty goal, but hey. We're suckers for the craft.